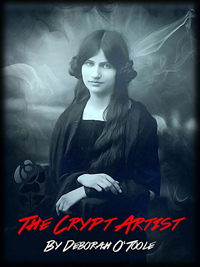 A near-starving artist finds himself inspired by a group of long-dead classic painters in a rundown loft in SoHo, New York.

Struggling artist Luca Wolfe lives in a dilapidated warehouse loft in SoHo, New York, barely eking out a living from sales of his work. One night he begins to paint a reproduction of art from the past, but becomes too inebriated to continue. When he awakens, he finds the painting complete, but unlike the creation he began the night before.

Frequent visits from the ghost of Malachy O'Leary - a quirky Irish poet from the far distant past - convinces Luca he is on the verge of losing his mind. He hears strange music and sees lights coming from the vacant apartment Malachy used to occupy while he was alive, and soon discovers Malachy is not alone: he is often accompanied by a perpetually hissing cat, and shares his old apartment with a selection of famous artists from long ago. Luca is the only one who can see the phantom visions and hear the ghostly talk, further convincing him he is slipping into a well of insanity from which there is no return.

However, a budding romance with another troubled resident of the building - criminal psychologist Izzy Richards - gives Luca the self-confidence and inspiration he craves, allowing him to delve deeper into his spurt of remarkable creativity like never before.

An unexpected windfall places Luca into a different arena, forcing him to deal with those who would take it away from him, even take his life for the circumstances he suddenly finds himself in. With the help of Malachy O'Leary and his odd stable of ghostly companions, Luca prevails.

But if he cannot alter the course of his own life in the process, all he has achieved will be in vain . . .

The Crypt Artist was released by Club Lighthouse Publishing in June 2020. Click here for more >

Deborah O'Toole is the author of more than 70 books in multiple genres, including fiction, mystery, paranormal, suspense, fantasy fiction, juvenile fiction, poetry, culinary arts, and a collection of historical essays.

As Deborah O'Toole, she is author of Celtic Remnants, Glinhaven, Mind Sweeper and The Crypt Artist, along with a collection of poetry known as Torn Bits & Pieces, the 11-part juvenile fiction series Short Tales Collection, and a selection of historical essays, book reviews and multiple-subject articles.

Writing under the literary pseudonym Deidre Dalton, Deborah is author of the eight-part Collective Obsessions Saga (The Advent, Quixotic Crossings, The Twain Shall Meet, Enthrallment, The Keeper's Journal, Hearts Desires, The Twilight and Megan's Legacy), along with the Bloodline Trilogy, which includes Bloodfrost, Bloodlust and Blood & Soul.

Using the pseudonym Shenanchie O'Toole, she writes for Food Fare. She is author and co-editor of twelve cookbooks, along with more than forty titles in the Food Fare Culinary Collection.